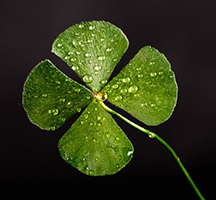 No wonder so many people of different nationalities honor St. Patrick on his feast day. It must be because he really wasn’t Irish after all and had international connections.  Historians say he was a Briton, kidnapped as a teenager around 380 a.d. by Irish marauders and sold into slavery on the Emerald Island which was then a pagan stronghold.

After six years he escaped back to Britain and later became a priest. He traveled to Rome where the pope gave him the job of bringing Christianity to the land of his former captivity. He was successful and tamed the wild Hibernians. Well, maybe not completely..

Patrick’s father’s name was Calpurnius which indicates a Roman relationship and gives Italians, Brits and possibly other Europeans some claim to Patrick. There seems to be an affinity between the Irish and Italians, at least in my experience.  My home town was initially made up mostly of Irish immigrants, including my grandparents. This was followed by a wave of Italian immigrants. After the initial fist fights, things quickly cooled down because the two groups met in church every Sunday, the kids went to the same schools and the young people danced and flirted at the church socials. I remember one St. Patrick’s Day celebration where spaghetti was the main entree.

Two of my full-blooded Irish uncles married full-blooded Italian girls which gave me Irish-Italian cousins, Italian aunts and a wonderful introduction to Italian cooking.  Up until the first time I sat at my Aunt Sissy’s dinner table, I thought a ravioli was some kind of musical instrument. What a revelation!

Besides Christianity, maybe St. Patrick brought some Italian recipes and a few pounds of oregano to Ireland. Come to think of it, the U.N. should consider using fine ethnic cuisine as a weapon of mass seduction. Instead of sending troops into troubled areas of the world, let’s send our best cooks. Some good wine wouldn’t hurt either.

Irishmen can sometimes be a little stiff-necked. There’s the story in my home town of Mike who was a wee bit upset by the influx of Italians. His friend Pat saw it as a good thing and one day when they were walking past the Madonna’s Church, Pat said, “Listen, Mike.  There’s an Italian service going on. You can hear them praying in their native language and it’s to the same God you and I pray to.”

“A fine lot of good it will do them, don’t you know,” Mike replied. “He won’t understand a word of it.”

This site uses Akismet to reduce spam. Learn how your comment data is processed.